The vegan community, internally, has divided positions on the Plant-Based diet. 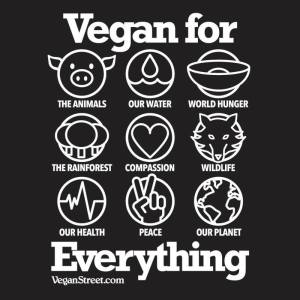 Vegans take a holistic approach to Veganism, as a complete lifestyle.  This includes food choices as well as other commercial consumable goods, and is typically also accompanied by a spectrum of involvement in Animal Rights Activism, Animal Liberation, Environmental Activism, and related political, economic, spiritual, and social pursuits. Also, a fair amount of research and investigation goes into this from documentaries such as Vegucated, Earthlings, and Speciesism to national medical studies, and the ongoing efforts of exposing organizations such as Mercy for Animals.

Vegans abstain, to the best of their knowledge and ability, from any and all animals products (think food but also cosmetics and clothing) and animal industries (think Sea World and also Horse-Drawn Carriages).

Vegans typically identify as Vegans, beyond their diet, and consider this a central or large part of their social identity, as a pervasive philosophy and conscious effort to address the system they protest.

Plant-Based Dieters, or Whole-Foods Plant-Based Dieters, may also identify as vegan, however there is a general perception that PBD is solely a food and ingestible choice, and not a pervasive lifestyle, and one where the primary concerns are one of health and human welfare, and not that of compassion, animal industry, or animal welfare.

Typically, people who have chosen a PBD/WFPBD have a more flexible relationship to animal product food and generally more permissive attitude to other consumables.  Programs such as “Weekday Veg” or “Vegan until 6pm” or practices such as “Cheat Days” exemplify the overall desire to reduce the ingestion of animal products, without the level of commitment inherent to the Vegan lifestyle.  Sometimes these are tactics of transition from health-motivated PBD to fully Vegan, however sometimes these are methods employed to encourage longevity with a dietary strategy as strict as veganism.

People who choose PBD/WFPBD are typically doing so for health reasons, as there is an ever-increasing amount of scientific data about the benefit of a PBD for many major health conditions.  Additionally, many people opt into this diet for Weight Loss and fitness goals, most notably are Beyonce and the former Mr. Universe.

Conversely, it is possible to be Vegan for the ethics and NOT be particularly health-conscious, so the assignation of Vegan/WFPBD indicates that food and lifestyle choices align with health and overall wellness, as well as animal/non-human animal and environment wellbeing. 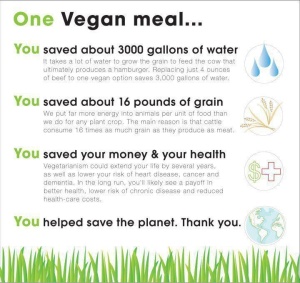 It is my belief that the vegan lifestyle is better overall, given our ability to choose and sustain such a lifestyle, and furthermore that the WFPBD is typically a more healthful choice for all beings involved.  However, I would also like to note that every meal where animal products are NOT consumed, and every purchase where a conscious decision to avoid animal industry is made, is a step in the right direction towards addressing the mass systematized cruelty, inhumane conditions, speciesism, and environmental impact of pleasure and convenience.  I prefer to cultivate allies, and to win people, meals, and consumer choices as often as possible, even if veganism and animal welfare will never be the cause celebre of every person.

The Bigger Picture can include you, wherever you are, you can make a difference.