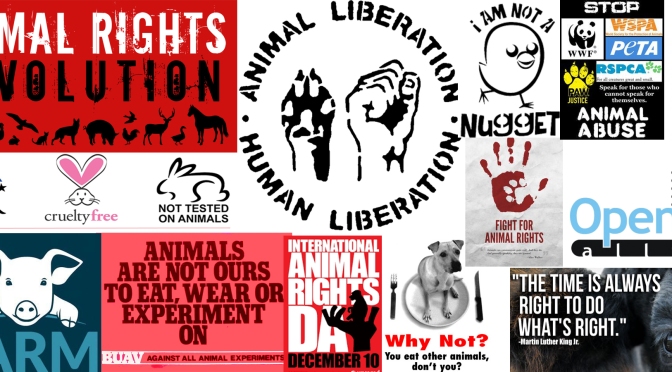 So many ways to help animals. So many arguments that divide vegans, from each other, from vegetarians, and from the mainstream.  And the reasons, all of the reasons, let’s explore some in this introduction to Vegan Concepts through terminology. 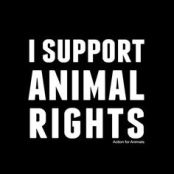 Animal Rights- The belief, and movement of working for, rights and protections for nonhumans, in specific the right to avoid suffering, the possession of self-hood and the right not to be forced/compulsory consent, and exploitation.  This can include personhood, subject hood, prima facie rights, and abolitionism.

Animal Advocacy- This is similar to animal rights, although advocacy speaks to legal action, petition, or attempting to ban or block laws and practices governed by law that concern animal cruelty.  Top 45 Advocacy Blogs

Animal Welfare- This is the approach that tackles the reduction of harm in incremental amounts, such as “humane” farming practices.  They typically advocate for the reduction of the use of animal products to non-vegans, and the dissemination of more vegan alternatives in the market.  Many vegans believe this approach leads to guilt-absolution of non-vegans, allowing people to believe that their small ethical edits (grass-fed beef, cage-free eggs etc) solve the problem, instead of making a small dent. Animal Welfare Institute

Animal Liberation- The notion that we are not free until all are free.  The complete end of animal use for entertainment, agriculture, consumerism, medical testing, or any human-centered need. Occasionally, Liberation groups take matters into their own hands to liberate animals in captivity, or destroying testing cites, and others specifically work to ban or boycott industries that use captive or exploited animals.  Also, the name of a book by Peter Singer, himself a controversial figure. Animal Liberation Front.

Carnist- A word that re-contextualizes the use of animals, especially for food, as a choice constructed by the prevailing cultural norms of society. Invented by Melanie Joy.  It is essentially the vegan taxonomical counterpart to Cis- as a position-reflection term.  A Carnist is someone who eats meat or uses animal products in no small part because it is normative and also based on which of those animals it is ok to use and not ok to use by region, religion, and era.

Speciesist- Like racist, sexist or other terms that speak to supremacy, speciesist creates a term that allows for the unchallenged Human supremacy inherent in the ordering of our world to be examined.  Human Supremacy can involve things like language comparing humans considered inferior to animals (he’s such a dog), can be seen in colloquialisms that include casual violence against animals (there’s more than one way to skin a..), as well as the prevalent notion that capturing, training, yoking, force breeding, family separating, and killing animals for human “needs” and desires or convenience is acceptable. Veganism’s explanation of speciesism

Non-Human Animal-  A term that denotes in regular speech that humans ARE in fact animals, and that we systematically place all other animals into a moral class necessarily separate from humans through language.  NonHuman Rights Project

Strict Vegetarian, Vegan etc- Until the 1940s, there was no specific difference between vegetarian and vegan, at least in terms.  Strict vegetarian was used the way we think of the word vegan now.

Substitutions-  Often in place of meat, dairy, or egg, or perhaps an entire meal that is the vegan version of something.  You’ll often seen Chick-un (vegan chicken), or Cheeze (vegan cheese), or Beyond Meat (which is a brand of many different vegan meat substitutes). Plant-Based also fits in this category.

Freegan- Only eats food when its free, and in this case, only animal products if they are discarded or left-over from other’s consumption.

Cheagan-  Identifies as vegan, but “cheats”.

Veggan- Vegan, plus eggs….so essentially not vegan, and in fact ovo vegetarian

Ethical Vegan- A vegan who is largely motivated by animal rights, and makes choices based on how it effects justice for animals, rather than health, personal preferences, or convenience.

Consumer vegan (versus dietary vegan)-  A consumer vegan only buys vegan goods, from clothing to home goods, whereas an dietary vegan only makes food choices based on avoiding animal products.  Consumer vegans can also mean welfare vegans, who want to see an increased market presence of vegan options as a method of proliferating the message.

Some, and not even kind of close to all, Animal Activist Groups (get involved,each one has beneficial and detrimental methods, as they each have a different approach towards a common goal even if you object to some of their methods):